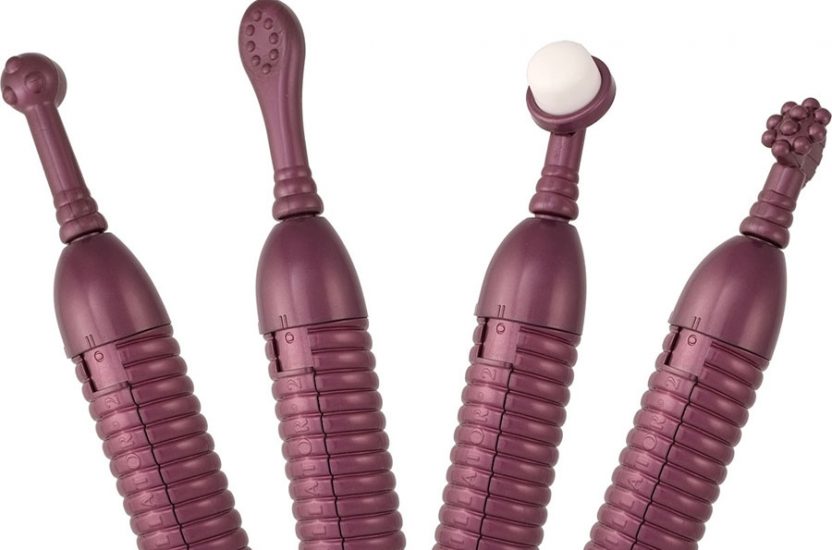 Every now and then, a sex toy hits the world by storm, my customers hear about it before I do, and I research it only to find it currently unavailable through my distributors. The first one I remember was the funny tooth shaped situation we all came to know and love. The latest of these abnormalities was the Eroscillator.

When a customer first introduced us, I furrowed my brow at its appearance. It looked like an electric toothbrush, or one of those antique pleasure devices that more resembles a torture device. I shook my head and suggested instead one of many fantastic, high-end vibrators that surrounded us. She shook her head and left.

This happened again and again for a few months, and finally the requests slowed. A year or two passed. And then I got an email from the Eroscillator folks themselves, asking if I might like to carry their product. I said, “yes please,” and stocked up. It was probably their easiest sale ever.

After throwing my credit card number at them, I reconsidered my eagerness and added on a small request. Might I try one of their fine toys for review?

Instead of blindly shipping me my very own, the sales person put me in touch with the head of PR who actually sampled my blog, complimented it, and asked questions. I could learn a thing or two from their professional flirtation and restraint. But we both knew we were meant to be together, and in the end, I was shipped my very own Eroscillator 2 Plus. When it arrived, I draped it around my  neck and threaded its four attachments through my fingers, because me and the Eroscillator, we’re champions. 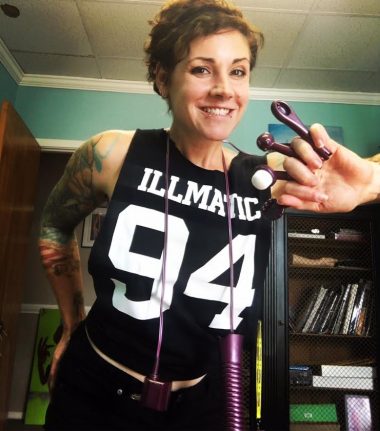 The public relations person at Eroscillator followed up to makes sure I’d received the toy and offered the following suggestion:

Consider me seduced. I love nothing more than taking my time with a toy. Here was my excuse to try the Eroscillator not once, not twice, but on four separate nights with its four separate attachments before completing my review.

Without further adieu, I present to you, SUNDAY:

I knew the Eroscillator was different in some way. Admittedly, it wasn’t a way I’d really much looked into. Call it laziness or responsible science, but I chose to continue to not look into it before playing with it. Since the Womanizer and I are still pretty hot and heavy, I began with the attachment that, on one side, resembles the cup of that toy. I added a dash of lube, shoved my nightstand away from the outlet, and plugged the Eroscillator in. 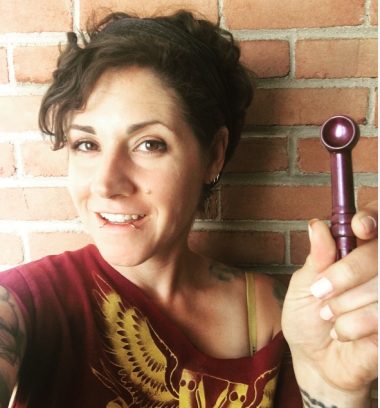 The Eroscillator offers four speeds. All of them are quiet. I put the clitoral stimulator in place and basically experienced shock and awe. I didn’t know what was happening, exactly, but I knew that it was different. I was so intrigued, I quickly decided not to add a penetrating toy. I wanted to feel everything and figure it out.

I was enjoying the cupped side of the attachment so much, I feared I’d be unable to turn the it to the plated nubby side. I experienced a minute pinch and used that as my excuse. I flipped it and the nubby plate felt just as nice.

Here’s what eventually happened: I experienced the full body warmth of a g-spot orgasm clitorally. That was a first. Clitoral orgasms and orgasms evoked by penetration are both great, but they’re different. For most women, clitoral orgasms are not deep. This orgasm radiated throughout my torso and legs and made me feel weak.

The next day I told Michelle:

BTW, tried the Eroscillator last night, and it was fucking awesome. I don’t know if I was just in a mood or what, but it was so, so good.

And because I did still believe that maybe I’d just been in “a mood,” I was especially curious for MONDAY:

I chose the weird, white-tipped squishy attachment. I pushed out the nightstand to get to the outlet. (The cord is 12 feet long, by the way, so finding a comfortable spot shouldn’t be hard.) I again dashed on some lube. 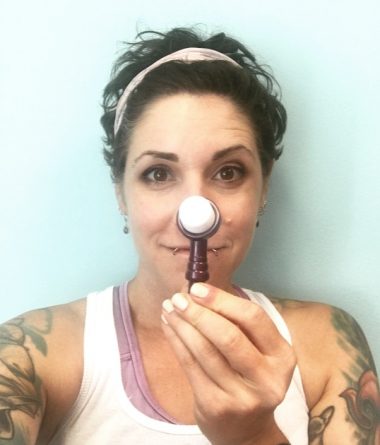 On TUESDAY, I finally allowed the addition of a second toy. Careful not to steal Eroscillator’s spotlight, I chose the most demure lady in my toy box, Anastasia. This seemed like a good idea for a few seconds, until I remember that she’s essentially the size of a tampon applicator and tossed her aside. I reached for Luxe instead. 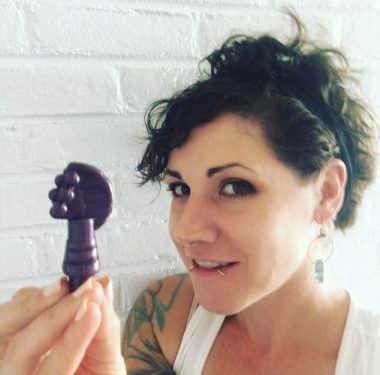 The Eroscillator attachment I chose is bumpy on one side and flat on the other. The bumpy side was a little too bumpy for me, especially at first. The flat side was… okay. It’s great for stimulating the side of your clit, but that spot isn’t hard to reach with other shapes. It was my least favorite attachment so far, but I can’t really complain, because upon completion I ALMOST CRIED WITH OVERWHELMING JOY.

Because what do you do when you finally discover a clitoral toy that evokes full body orgasms? You pair it with the penetrating toy that most reliably delivers the same. And then you curl your toes firmly around your sheet and hold on tight, lest a pegasus threatens to lift you off your bed and carry you over a jeweled rainbow footed in cotton candy clouds.

Which is probably what would have happened, had I not been interrupted. Twice. But when the climax finally did come, it came with a shuddering intensity.

Other things to consider:

To me, it seems the good people at Eroscillator hit the ball out of the park on their first swing. They developed a pretty perfect toy and where do you go from there? Attachments, of course. And I do appreciate the variety. I just appreciate everything else about the Eroscillator more. 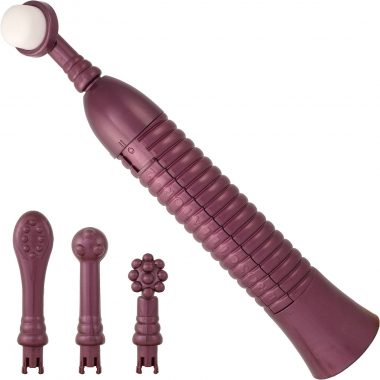 Stop by Taboo to get yours today! To order online, email me!