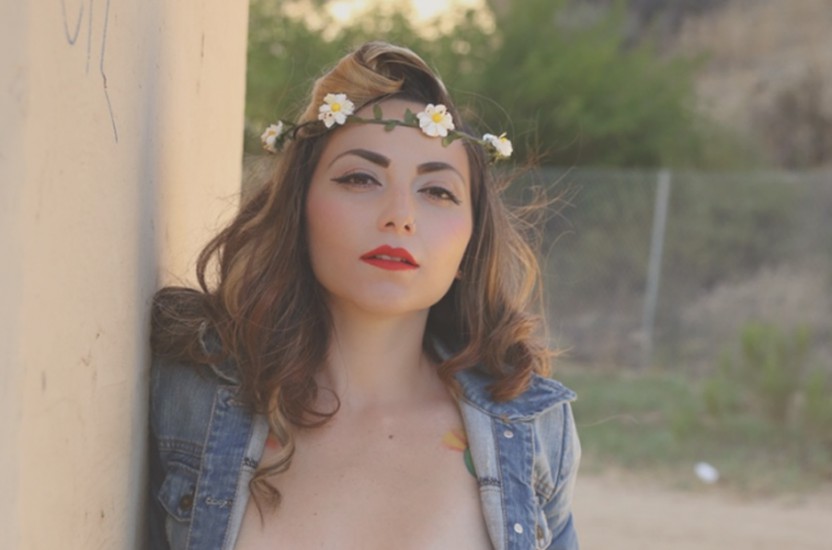 I was recently asked to work the purple carpet at the 2015 Inked Awards, an event honoring tattooed adult talent. Not only will I get to chat with some of the hottest adult stars and directors, I’ll be doing it alongside the adorable and vivacious Veronica Layke. Veronica is a Burning Angel starlet who has been active in the industry for about two years. She has bedroom eyes, perfect boobs, and the cutest little dog you ever did see. I couldn’t help but want to get to know her better, and I think you will, too.

So, ironically, right after I approached you for an interview, a photo popped up on my Instagram feed of you, Joanna Angel, and Jessie Lee shooting each other with water guns. Tell me what that was all about.
We were having a birthday party for Joanna’s boyfriend that was also a photoshoot for Inked Magazine. What you saw was me and Joanna Angel putting some delicious alcohol into the squirt guns and Jessie Lee busting us with her giant water gun.

You’re also a beach bartender. What do you drink?
My favorite cocktail isn’t served at most bars…. A good friend of mine created the cocktail. It’s Mezcal with blackberries and lime juice. It’s a smokey drink that most bar goers don’t appreciate. Otherwise I’m a tequila slut. Anything with tequila!

What’s your favorite tattoo?
My favorite tattoo is of my mini pig. She is on my left upper arm. She’s my princess and love of my life. She is my child and my parents’ grandchild. She is sooo spoiled. My parents actually gave her my bedroom with the bed and all! Our lives revolve around that brat. In my tattoo she is wearing a crown and sitting on a royal pillow. These are actual props she has. The tattoo is a cartoon version of a photo I have of her.

When I think of beach drinks, I think of tiny umbrellas. How do you feel about “tiny umbrellas”? Does size matter in sex?
Oh man… does size matter? From an educated standpoint I know that biologically size doesn’t matter. Mentally though size DEFINITELY matters. It amps us up. Who wants to suck a dick that’s so small your nose is always touching the dude’s stomach? No one! Or even worse, it doesn’t peep through your hands. I don’t play with “tiny umbrellas” unless they are in my cocktails!

Who are you dying to do a scene with?
Dahlia Sky is pretty awesome. I love her work and would be beyond ecstatic to work with her. She’s a babe!

Is anything off limits?
There are definitely limits to what I am willing to do, but they’re all extreme things, like golden showers and such.

Tell me about Miss Alice and how she got her adorable name.
Miss Alice’s full name is Miss Alice Paige. I wanted a pinup puppy. She’s white and tan with a sassy, but badass, personality. She definitely uses her looks to get what she want haha. So I thought Miss Alice was fitting. My mom actually made her pinup dresses when she was smaller. She was trained to be my service dog, something not a lot of people know.

What’s in store for your future?
I can’t really tell what’s in store. I can say that it’s a bright future and I have goals I’m working towards. I am currently working on my website veronicalayke.com. My husband is a photographer so he is helping me create content. I will definitely continue working on building my name. The first day I had it up and running I had customers. That was so exciting! I also plan on continuing my education (I majored in anthropology and women’s studies) so I can continue fighting against social norms and help create a world where equal rights is the norm! 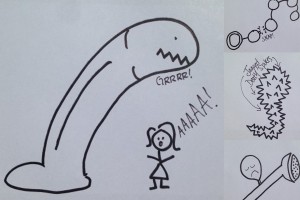 Toys I’ve Loved and Lost (or Never Loved at All) 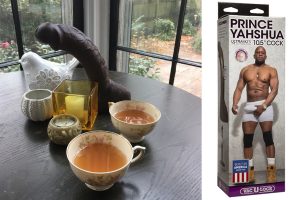 My Prince has Come: Interview and Toy Review 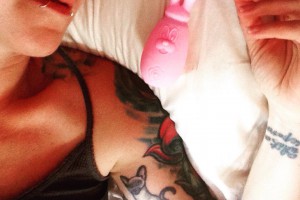 I’m Not Trying to Turn You On

To kickstart the Instagram documentation of my afterglow filled day-o-fun[...]