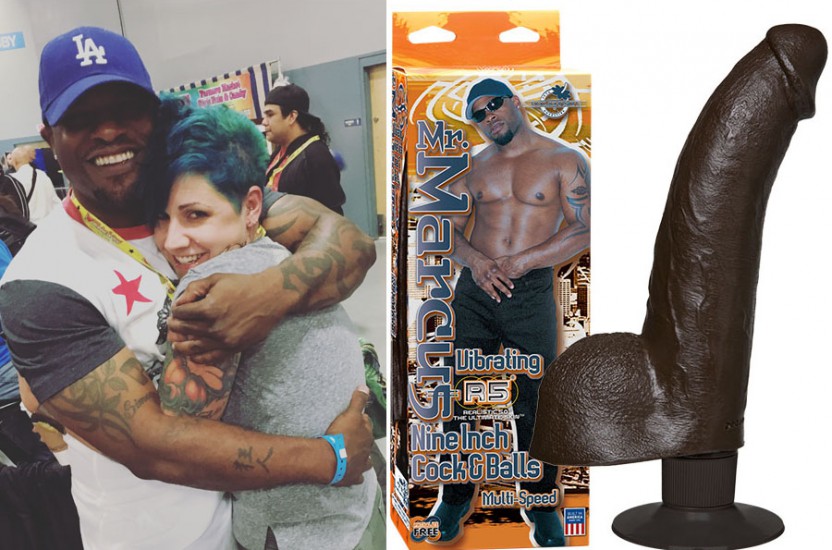 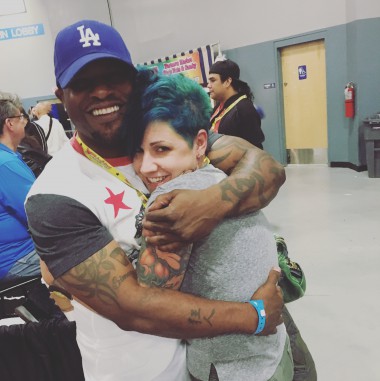 To top that off, he was nice enough to agree to an interview with me. While we chatted on the phone, I thought about his cock. I mean, the replica of this cock. Taboo sells three versions of his likeness–R5 Realistic, UR3, and R5 Vibrating. I now present to you now the first every Taboo Toy Review/Interview combo. Let’s see if I can keep my wits about me. 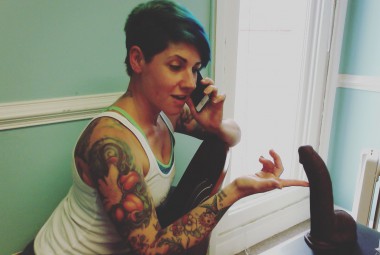 When I asked what, if anything, his costars brought to the table that was inspiring or new, he spoke of intimacy. He referred to many of the women he’s worked with as nurturing, and remarked about developing feelings during his scenes. Then I mused that a man who values intimacy and also appreciates rough sex is a rare and beautiful combination, which wasn’t really a question. He chuckled, I melted, and we moved on.

“It’s the power shift,” he said, “that makes great sex.” Domination and submission, sharing that power, is in itself, intimacy. 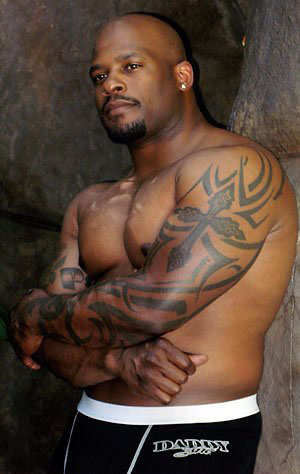 First among the negativity he’s encountered is how race is used. In his 20+ years in adult, he’s seen a lot of improvement for black performers. Still, plenty of hurdles remain, from the mildly insulting to the downright disgusting. At his start, he was courted by black studios and did mostly all black scenes. He was present for the rise of interracial porn and has seen it shift away from a blemish on a white woman’s career, but has still experienced his share of stereotyping and flat out racism. One director even instructed his co-star to call him a nigger during a scene. When he didn’t acquiesce, he was accused of being uppity.

In reference to race related changes in the industry and opportunities gained or lost, Mr. Marcus said that he had more control over his experience because he recognized and jumped on opportunities quickly. He followed with, “but I also made mistakes. I made a lot of mistakes.”

I didn’t ask for elaboration, but his most publicized mistake occurred in 2013 when he altered the results of an STD test to film a scene after having been recently infected with Syphilis. He had already undergone treatment and no other performers were affected, and he understands that his decision was misguided. His mistake earned him 30 days in prison and three years probation. 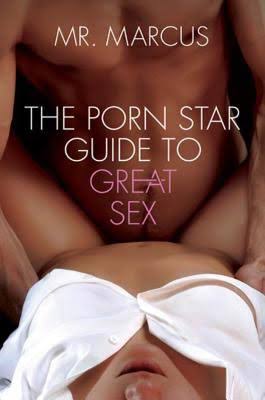 His primary interest is opening up a dialogue about sex. He believes in safe, healthy, consensual, mind-blowing sex, and his new website, launching soon, will serve as his platform.

He also believes in doggie style, lots of oral, and “the more women the merrier.”

What, like I wasn’t going to ask what the man likes before fornicating with his rubber replica?

Marcus finds it refreshing when women own their own sexually and don’t need a lot of direction on set. 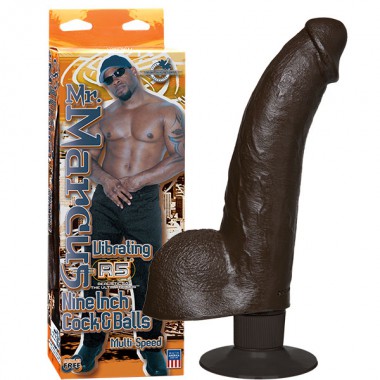 When I brought home my Mr. Marcus R5 Vibrating Cock and Balls, I was determined to show him a good time. We started with a little oral, which, even in light of the rubbery aftertaste, was fun for us both. It went understandably unreciprocated.

I realized and shared Mr. Marcus’s dildo’s enthusiasm for doggie style, but as I’m not accustomed to his size, I chose to ease into our experience in missionary. Mr. Marcus is nine inches long and my thumb and middle finger struggle to meet around his shaft.

With the help of my Jimmy Jane Iconic Wand Petite, a healthy dose of Sliquid, and Mr. Marcus’s dildo’s patience and understanding, our initial encounter was warm, pleasant, and basically beautiful.

And also, that vibration. I didn’t expect to feel much through such a substantial hunk of pretend man, but the motor is conveniently located near the tip and the vibrations are felt easily and consistently throughout. Unlike most large realistic vibrators, it features seven functions. The first three are steady vibration at varying intensities. The last four, to me, are confusing and useless, but there’s never been a pulsation mode I preferred.

The toy falls somewhere near the middle on the noise scale, but only when it’s not doing its job. Insert it, and the even a person a few feet away wouldn’t be the wiser.

Being taken from behind by a toy suctioned to a wall is always an interesting treat. First you have to estimate the correct height, calculate the ideal suction cup moisture, and avoid grout as if stepping on a crack would break your mother’s actual back. It’s all doable, and in connection with certain fantasies (think Wayne’s feature in Truffle Butter) it’s a practical necessity. 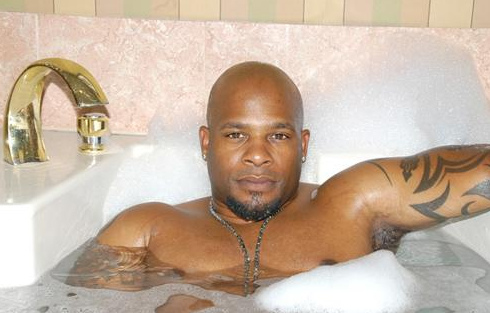 With my hips slightly raised, the gentle curve of Mr. Marcus’s firm but flexible likeness warmly saluting that spot, and level two humming throughout, intimacy abounded. I won’t detail everything that went through my head, but his enthusiasm for an open sexual dialogue and his killer smile were among them. 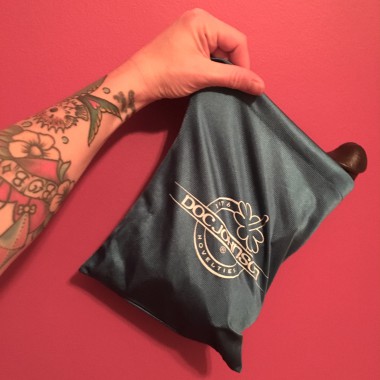 That’s it. That’s literally the only complaint I’ve got. Thank you, Marcus, for a good chat and a great time. I eagerly anticipate our future collaborations.

Do yourself a favor, and get your Mr. Marcus toys here!

Jimmy Jane is a relatively young company and I remember[...] 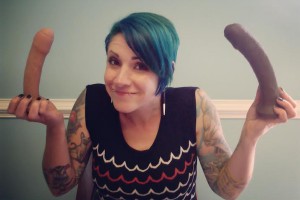 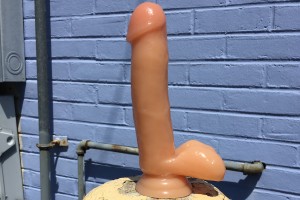