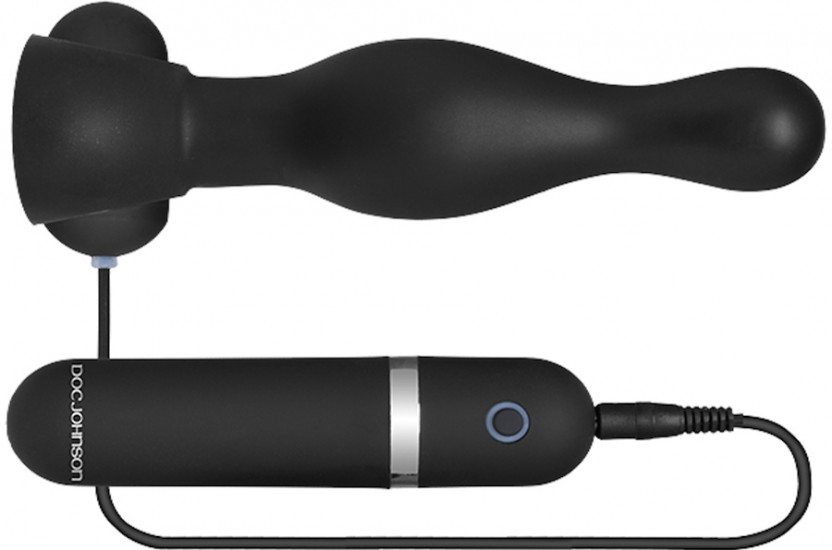 And yeah, I’m making the assumption that you like butt stuff. But we both know you do.

The Platinum Delight Vibrating Plug languished in my toys-in-waiting box for quite a while. It intimidated me because in its picture, it looked really big. Also, I hadn’t properly noticed its name, which is synonymous with fancy-free fun. When I finally pulled him from his box, I remarked, “oh, you’re not so big. And why didn’t you TELL me you’re a delight?”

The plug itself is smooth and flexible and made of everyone’s favorite material, silicone. In hand, it’s the opposite of intimidating. I’d even go as far as to call it inviting. The Delight is smooth and curvy with two tempered bulges. It’s super-soft and bendy.

The vibrations are supplied by a separate 10-function bullet. The bullet fits into a hole at the base of the plug, sending buzzes and rumbles up through the shaft. With so many functions, there’s something for everyone. There are actually, like, six somethings for everyone.

I chose my Lelo Siri and NS Novelties Aries to assist. Because I’m a professional and serious sex toy reviewer, my first order of business was to try the bullet clitorally. That lasted for an extremely thorough fifteen seconds, as I was in danger of completing my research with the subject out of reach.

Once Siri and Aries were in place, Delight took to the stage. Or tried to. I don’t know if he got stage fright or what, but he was completely unwilling to find his spot and assume his role. I cajoled, flattered, and even plead with him. “You’re a DELIGHT,” I reminded him. You’re interesting and exciting! According to your box, you have an hourglass figure, are 100% phthalate-free, and you feel like velvet. Do you even realize you’re DISHWASHER SAFE?!”

He was having none of it, so I tried to distract him with my right pinky while my left hand reached around and attempted to force him into the spotlight. Even that joint effort failed miserably. Siri hummed dutifully, Aries (surprising me with his dominance once again) suggested we forget the plug and finish on our own, and the Delight just bowed his head in shame.

By the time I convinced Delight to fill his role, I’d lost a great deal of enthusiasm. I value a partner with confidence. What makes the situation sadder is that the Delight eventually proved to be quite talented. His vibrations were powerful and his form accommodating. Once in place, he was a fun and formidable partner, but the effort it took to get him there wasn’t worth the result.

When I first saw Pipedream's iSex series, I knew the future[...] 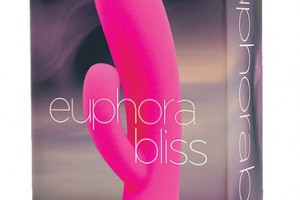 The Blush Serendipity Euphora Bliss comes with a long name[...] 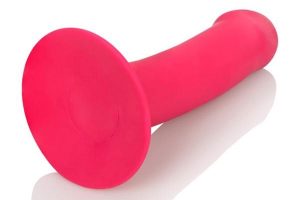